Pausing a campaign can be helpful if you ever need to tweak the campaign's content, but what happens to the schedule when this happens?

Generally speaking, Missinglettr will only re-sync a campaign's schedule if it absolutely has to. Once your campaign has been approved, Missinglettr shouldn't ever change any dates for the posts within it.

However, if you pause a campaign, a couple of scenarios could happen which would then require the schedule to be re-synced.

Scenario 1: An unsent post is now in the past

Imagine that you pause a campaign at 12pm and the next post for that campaign was due to go out at 12:15 pm. If you re-approve that campaign before 12:15 pm, then there is no need for its schedule to be re-synced and updated.

If, however, you re-approve the campaign after 12:15 pm, then we have a situation where a post needs to be sent, but its due date is now in the past. When this happens, Missinglettr will re-sync the entire schedule (of unsent posts) for that campaign to ensure that the correct gaps between each post are honoured.

Scenario 2: A newly approved campaign has taken slots from the paused campaign

If you approve an unrelated campaign in-between pausing and then re-approving a campaign, then it is possible for the time slots that the paused campaign reserved to be re-allocated to the newly approved campaign. When this happens, the re-approved campaign will always have its schedule re-synced to ensure that sending conflicts don't exist.

Hi there! Here you can search through our help docs collection or contact us directly. Our offices are typically open during UK office hours. 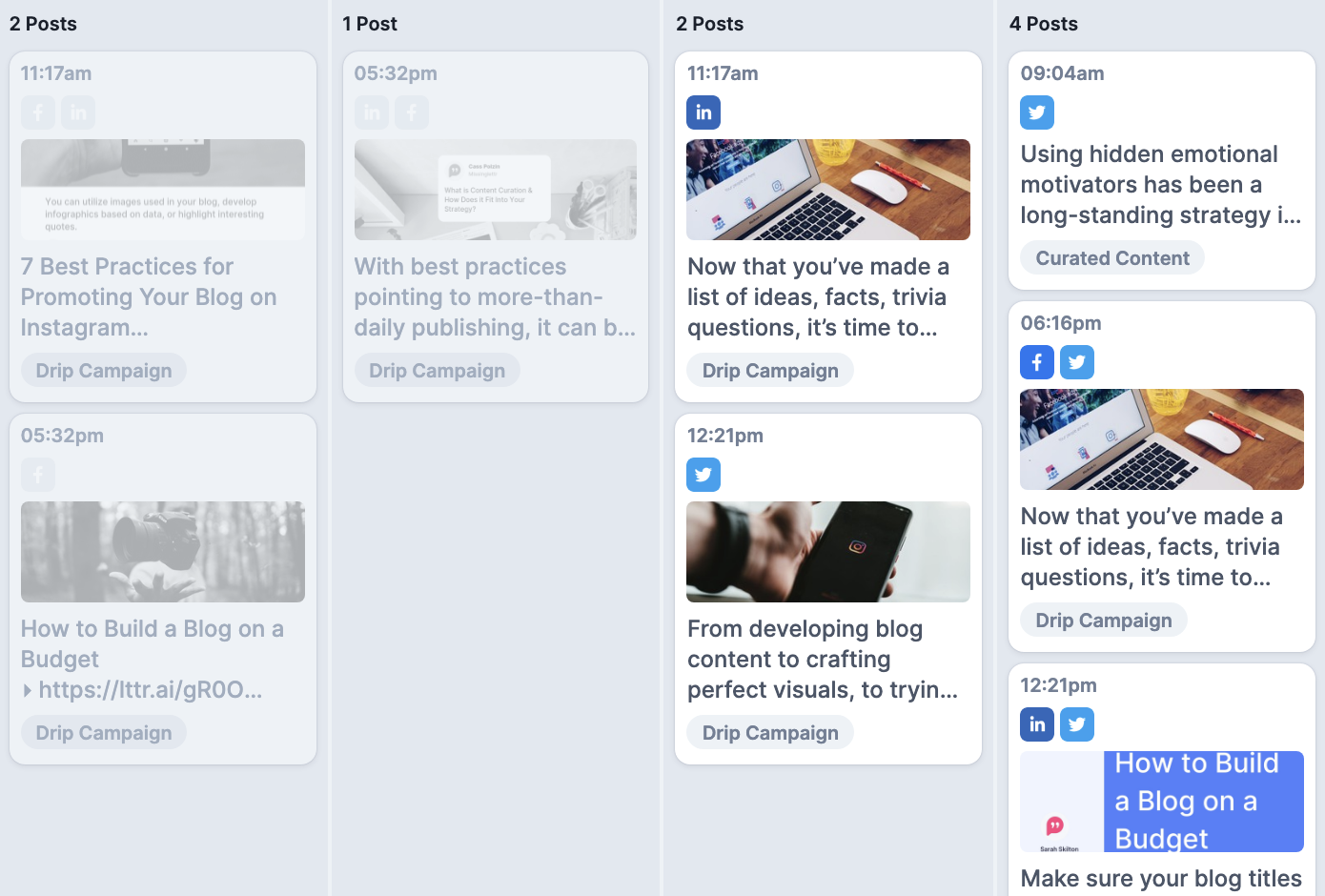 Introducing the new Calendar
We're excited to announce a major update to the Calendar area within the platform. Managing your social output, scheduling posts, and collaborating w…

LinkedIn - Link can now be posted as a comment
On LinkedIn you're now able to add your link in a comment. Including a link in the main post when posting to LinkedIn reduces how high up the ranking…

Our Instagram integration is here!
After years of this integration being in the pipeline, we're thrilled to announce that we now support Instagram - oh and it's available on all plans!…

Improved Auto-Schedule workflow
Any Curate posts that have been auto-scheduled now appear in a brand new 'Posts to Review' area within the Calendar. From here you can quickly view t…

Loading. One moment please...
Cancel
We run on HelpShelf