1 - Set Up your Missinglettr Workspace

4 - Set up branding for your campaigns

6 - Set up Dates and Times for my posts

Customize the font for your branding

Which URL shorteners can I use for my campaigns?

Why do most of my posts use the first time slot?

How to delete a social profile

Which social media accounts can I connect?

Why am I being asked to reauthenticate my social profile?

I've connected my Facebook GROUP, but nothing is posting

I've connected my Facebook PAGE, but nothing is posting

How does Medium reposting work?

Having problems connecting to LinkedIn ?

How to reauthenticate LinkedIn

My LinkedIn company pages are not available for selection

Connecting your RSS feed to Missinglettr

No content found for a campaign ? Here’s how you can help us recalibrate your webpage

Can I change permissions for my team members?

How can I add/remove team members?

How to add a site

How to remove a workspace

My site's URL isn't being recognized

I want to change my plan

Does Missinglettr work with languages other than English?

How long will I wait for a response from Customer Support?

I have a feature suggestion, where can I submit it?

I want to exercise my rights under GDPR

Which blogging platforms does Missinglettr work with?

How do I become an affiliate?

How do I effectively promote my affiliate offer?

Do you guarantee a minimum number of shares via Curate?

How likely is it that my Curate content will be shared?

Why is Curate reporting a problem loading my URL?

How to create Drip Campaigns ? [VIDEO]

How to use Curate [VIDEO]

How to use the Analytics [VIDEO]

How to use the Calendar [VIDEO]

How to use the Dashboard [VIDEO] 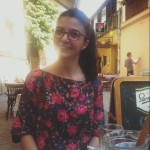 Updated 2 years ago by Jelena Mikic

Pausing a campaign can be helpful if you ever need to tweak the campaign's content, but what happens to the schedule when this happens?

Generally speaking, Missinglettr will only re-sync a campaign's schedule if it absolutely has to. Once your campaign has been approved, Missinglettr shouldn't ever change any dates for the posts within it.

However, if you pause a campaign, a couple of scenarios could happen which would then require the schedule to be re-synced.

Scenario 1: An unsent post is now in the past

Imagine that you pause a campaign at 12pm and the next post for that campaign was due to go out at 12:15 pm. If you re-approve that campaign before 12:15 pm, then there is no need for its schedule to be re-synced and updated.

If, however, you re-approve the campaign after 12:15 pm, then we have a situation where a post needs to be sent, but its due date is now in the past. When this happens, Missinglettr will re-sync the entire schedule (of unsent posts) for that campaign to ensure that the correct gaps between each post are honoured.

Scenario 2: A newly approved campaign has taken slots from the paused campaign

If you approve an unrelated campaign in-between pausing and then re-approving a campaign, then it is possible for the time slots that the paused campaign reserved to be re-allocated to the newly approved campaign. When this happens, the re-approved campaign will always have its schedule re-synced to ensure that sending conflicts don't exist.

How did we do?

Which URL shorteners can I use for my campaigns?