Connect your blog to Missinglettr

Setting up branding for your campaigns

How to set up the schedule for my campaigns?

How to create campaigns

How do I see my scheduled posts?

Can I add additional posts to my schedule?

Why do most of my posts use the 1st time slot?

Which social media accounts can I connect?

How to delete a social profile

I've connected my Facebook group or page, but nothing is posting

How does Medium reposting work?

My LinkedIn company pages are not available for selection

Which URL shorteners can I use with Missinglettr?

Connecting your RSS feed to Missinglettr

How can I add/remove team members?

How to remove a site

My site's URL isn't being recognized

Can I change permissions for my team members?

How to add a site

I want to change my plan

How long will I wait for a response from Customer Support?

I have a feature suggestion, where can I submit it?

Do you have a public roadmap?

Which blogging platforms does Missinglettr work with?

Does Missinglettr work with languages other than English?

I want to exercise my rights under GDPR

How do I effectively promote my affiliate offer?

How do I become an affiliate?

Why is Curate reporting a problem loading my URL?

Do you guarantee a minimum number of shares via Curate?

How likely is it that my Curate content will be shared?

All Categories ​>​ ​Analytics ​>​ How are my clicks recorded? 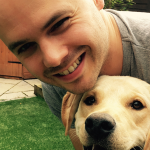 Updated 4 months ago by Benjamin Dell

Our powerful Campaign Analytics area helps you keep track of the clicks that each of your campaign's receive. More than that though, we're able to individually monitor how many clicks each social profile you send your campaign content to perform.

With that in mind, let's look at how the clicks are recorded because it's quite common to see differences with the clicks we record and the clicks you might see in say Google Analtyics.

First thing worth noting is thay our clicks are based on unique clicks, not unique visitors. This does mean that it will almost always be higher than the number of unique visitors that you might see in Google Analytics.

It's also worth noting that with our technology we are able to track 100% of the clicks we receive since they are recorded server side and not via JavaScript (such as is the case when a Google Analytics click is recorded). When someone clicks one of our shortened URL's in a social post (or anywhere else you've shared it), that URL directs to our servers first so that we can translate it into your full URL. When this happens, we record the click.

In the case of analytics tools like Google Analytics, clicks are sometimes never recorded because either the page doesn't complete rendering, or the end-user has JS plugins disabled or ad blockers in place.

Our URL shortener doesn't suffer from these issues and so this is often one of the main reasons for our numbers being different (and quite often higher) than Google Analytics.

In short, we don't :) Our URL shortener is trained to detect bots and when they are encountered, they are simply ignored and no clicks are recorded. We're constantly updating our bot detection capabilities when new bots are discovered. So whilst it is possible that a very small percentage of bots may be missed, the vast majority are detected and ignored.

How did we do?

(opens in a new tab)